Parra Pediatrics is open and here to serve you. Founded in 2004 by Dr. Cesar Parra, Parra Pediatrics has become distinguished by its professionalism and friendly staff devoted to giving your kids the very best healthcare service with love. With two locations in Houston, TX, our team of doctors, led by Dr. Parra, helps parents take good care of their kids. Our patients receive expert care from our doctors who specialize in pediatric medicine to identify and resolve underlying health issues that can affect both body and mind. When you trust our team, you’ll get the help and information you need to keep your child healthy and strong. 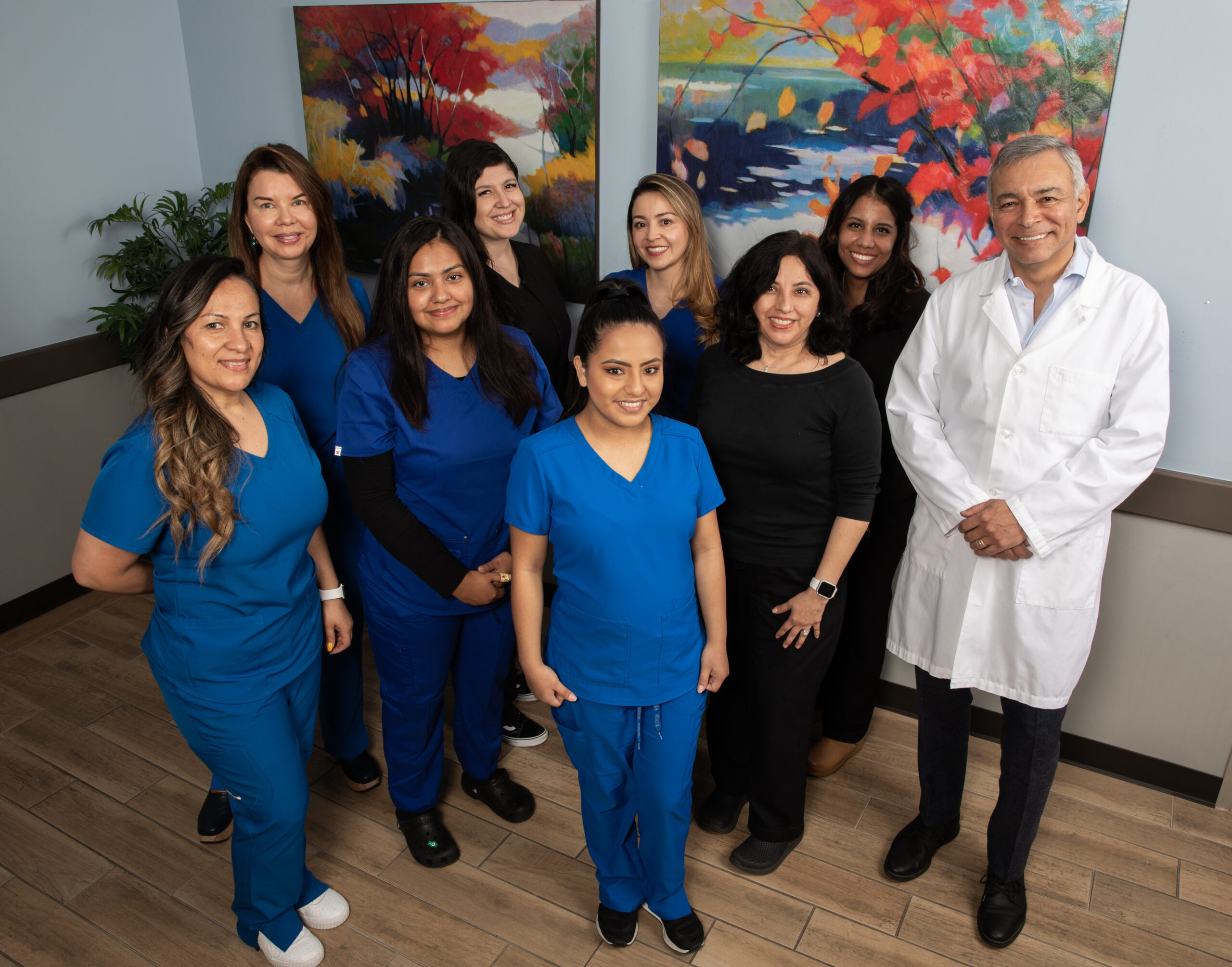 Born and raised in Colombia, Dr. Parra received his medical degree from the Nueva Granada Military University in Bogotá. While there, he also engaged in extensive genetics research and completed most of the requirements for a master’s in science in genetics. Around 1999 he moves to Houston, where he completed a pediatric internship and residency at the University of Texas Medical School.

Dr. Parra has worked with the community health sector at the Casa de Buena Salud in Clovis, NM, as an attending pediatrician at St. Joseph Medical Center and as a staff physician at Tejas Medical Associates in Houston, TX.

Board Certified in pediatrics; he founded Cesar Parra Medical Clinic in 2004 and Parra Pediatrics in 2016, serving as their attending physician at both locations.

Realizing the need for resources among underprivileged populations in Texas and worldwide, Dr. Parra founded The Holy Child Charity in 2014. This non-profit organization, rooted in Christian principles, is devoted to feeding, educating, and helping children worldwide.

Outside his clinical practice and non-profit work, Dr. Parra enjoys traveling, cooking and baking, attending mass and studying Christianity, raising his horses, and spending time with his family.

Amanda was born and raised in the Rio Grande Valley, Texas. She attended South Texas College where she earned her Associates Degree in Nursing in 2007. Amanda began her nursing career as a Registered Nurse on the Progressive Coronary Care Unit at Valley Baptist Medical Center in Harlingen, Texas, and later becoming the charge nurse. In 2010, she relocated to Houston, Texas, to work as a charge nurse and a float nurse for the Intensive Care Units within the Memorial Hermann Health System. Meanwhile, she was completing her Bachelor of Science in Nursing Degree in 2012 and her Master of Science in Nursing Degree in 2015 from the University of Texas Medical Branch in Galveston, Texas. She earned both degrees with honors, which led her back to back induction into the Sigma Theta Tau Nursing Honor Society. She interned and worked alongside the Harris Health System Homeless Outreach Program, providing health care to Houston’s homeless population. Upon completing her master’s degree, she earned her certification as a Family Nurse Practitioner from the American Academy of Nurse Practitioners. She worked as a Pediatric Primary Care Provider for four years in South Houston. Amanda joined our practice in December of 2018 ad is eager to continue her journey in providing quality care and education to those in need. In her spare time, she enjoys spending time with her son, cycling, and mentoring students who have a passion for nursing.

Selina was born in California and raised in Texas. She received her bachelor’s degree of Science in Nursing from Stephen F. State University. She worked at Memorial Hermann Children’s Hospital as a general pediatrics nurse, where she later became a charge nurse. While working as a nurse, she furthered her education, getting her Master of Science in Nursing at the University of Texas Health Science Center in Houston. Upon graduating as a Pediatric Nurse Practitioner, she worked at Night Light Pediatric Urgent Care for three years. The past 11 years, she has been with Cesar Parra Medical Clinic. She is fluent in Spanish and English. She enjoys spending time and traveling with her husband and their two kids. In her free time, she enjoys taking kickboxing classes.

Emma was born and raised in Houston, Texas. She attended the University of Texas Health Science Center-Houston, where she earned her Bachelor’s degree in Nursing in 2006. Upon graduating, she started her nursing career as an ICU nurse at Houston Methodist Hospital. For ten years, she worked with critically ill cardiac patients. During that time, she completed a missionary trip to Haiti that encouraged her to seek further training and focus on family practice. In 2017, she earned her Master’s degree from Texas Woman’s University as a Family Nurse Practitioner. Emma joined Cesar Parra Medical Clinic in December 2017.
In her spare time, Emma enjoys doing volunteer work, reading, and spending time with her family. Emma enjoys educating her patients so they can make the right choices for a healthy lifestyle.

Jessica was born in Cleveland, Ohio, and raised in Texas. She received her Bachelor of Science degree from the University of Texas at Austin in 2009. Upon graduating, she worked closely with expectant mothers and newborns and specialized in NICU with premature infants. She went on to graduate school at the University of Texas Health Science Center in Houston, where she completed her Master’s degree in 2013. She has been a Nurse Practitioner with Cesar Parra Medical Clinic for four years. She is passionate about providing quality care and enjoys working with children. In her spare time, she enjoys cooking, baking, and spending time with her husband, two little girls, and her dog.